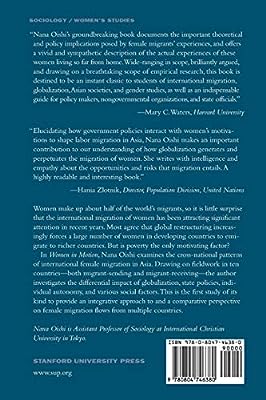 All of the women in my data set are now in their forties at the youngest, so all of them have spent many years in their firm.

Hence one would expect that they have all been promoted by now. Yet this turned out not to be the case. While some have been promoted, others remained behind. The answer is complex, but it is rooted in the difficulties of being the primary caretakers of children while holding down a career job. While there was one employee who had become a manager at a relatively early age, she was able to do so because her own mother took on a large share of the care work at home. Other women also became managers, but this tended to happen after their forties, when the children were at least junior high or high-school age, and no longer needed as much attention from their mothers.

While promotions were rewarding for these women, they also entailed new responsibilities and hence, more workload.

The Labour Export Policy: A Case Study of the Philippines

Although salaries did not increase much from promotions, they noted that their pensions would increase significantly. The women who did not yet have promotions could be divided into three groups--those who wanted promotion yet were thwarted, those who were conflicted about it, and those who did not desire a promotion. In a paper I wrote on this, I discuss three of the women who exemplify these three typologies. The person who wanted the promotion yet who could not have it yet was an interesting case, as she had taken advantage of the company's generous system for childcare leave, as well as accompanying her spouse at the time of his transfer to the US.

When she returned to her position, she was unable to be promoted, even though she felt she had worked hard and deserved it. Instead, the firm offered her extra educational courses. She appreciated this, but she really wanted to be promoted. From her example we learn of the problems women can face if they actually make use of the flexible family friendly policies that firms offer. The person who was conflicted still had three small children and a husband who worked very long hours. She loved her job, but she also wanted to spend time with her children. She knew that if she were promoted, she would not be able to spend the time with them that she wanted to spend.

Even with her current job, she was unable to spend enough quality time with them. She even developed depressive symptoms twice because of the time dilemmas she faced. She was hoping that her husband would be sent abroad, so that she could take a leave to accompany of him and be released from the time crunch she was experiencing at Naruse. The person who did not want promotion was too busy with her children, always put them first, and was adament that that was her priority.

She liked her job and she was a very good worker, but for her, foremost came her family. We can learn from this that many women will not desire promotion until corporations provide more reasonable hours of work, for both men and women.

I presented the paper at the Asian Studies conference in Paris in September I will further rework the paper and hope to send it out for publication in the coming months. I am grateful to this grant for the opportunity to continue work on my salary women data set. The Special Project research grant for allowed me to re-interview the women in my Salarywomen dataset and to have those interviews professionally transcribed. Although the fund was insufficient to transcribe all of the interviews, I will be able to use my personal research funds to finish the remaining transcriptions in April of This will be in time for the remainder of my sabbatical leave, which I will spend at the East-West Center and the University of Hawaii, in the summer months.

There I will spend my time in analysis and writing up of this interview data. By way of preliminary results, what I can say I have found from this most recent set of interviews is interesting material on women's evolution of their self concept as they age. Some have taken on increased responsibilities as managers in their firms, while another has become a manager after a long wait and much perseverence.

Children are growing up and moving on to senior high school and university; life projects such as rebuilding a house are achieved, parents age apace, while some have passed away. As well, my informants themselves are aging and sense their age. Their doctors warn them of gaining weight, and caution them to get more exercise, which many of them take to heart. At least two of my informants have lost a significant amount of weight and say that they feel much better. In addition, some of the women are now thinking about what to do in retirement, and are honing their outside interests, such as jazz piano or other arts, which they plan to continue when they retire.

My current sabbatical leave allows me the time to analyze this data and to write about these women's lives. I am currently writing an article which looks at how women sustain marriage in middle-age whilst they continue with their fulltime, regular employment. This project fund has allowed me to develop and pursue the French side of this research while I am resident in Paris during my sabbatical leave. I first discussed with my collaborator, Dr. Hiroko Umegaki of Sciences Po in Paris, about her interest in carrying this out as a joint project.

She has done a Ph. Hence she was interested in pursuing especially the question of intergenerational care in families of dual earners in Paris. We began the project in December by finding the interpreters ard readying the resume and fiche in both languages for the interviews. We began the interviews in January and had finished 18 by the end of February.

We are continuing the project until we reach thirty informants, but Dr. Umegaki's funds will cover the rest of the interviews. To date we have found that the French have far more flexibility in achieving work and life balance than their Japanese counterparts. This is not particularly surprising, given the high level of government support for childbearing and rearing, and the lower working hours. We find the range of how they think about family, and how women think about work and their own sense of liberation and independence, to be quite striking..

It is too early to give definitive findings, but we will be doing fieldwork on the project until the end of April and expect to carry out analyes over the coming two years. With this fund from Waseda University in, with the collaboration of Professor Hiroko Umegaki-Costantini who alsosecured research funds from her university, Sciences-Po, I was able to make substantialprogress on the research.


The Frenchside of the research ended in May last year when we completed 30 researchinterviews with men and women who had at least one child under the age of Hence I plan to take another trip to Paris in the next phase of thisresearch in order to interview people of more varied socio-economicbackgrounds.

We studied Aichi and Kyoto prefectures, because they are two of the prefectures that exhibited a great deal of interest in utilizing new systems of labor to support agricultural innovation. We are interested in how foreign labor has been utilized up until now, and how they will be incorporated into the local societies in the future.

Hence, social inclusion is a key word of this project. With the assistance of an RA, I was able to make three trips to Kyoto and Nagoya in order to assess the current situation. We participated in a farmers' meeting in one local area, and on a separate occasion, visited several farms there and spoke with the owners about their operations. We also spoke with some of the Technical Interns and Trainees, and saw the lodgings of some of them.

Furthermore, we were able to do participant observation at a weekly meeting of one of the Japanese language learning workshops, held in that locale in the evening. Thank to the funding provided from the Special Projects Research Fund, I was able to have ten interview tapes from this project transcribed by a student assistant.

It took the student assistant longer than planned to finish transcribing the tapes, so analysis is not yet final. But I can tentatively say I found the interviews highly interesting. I came away from these interviews with a strong notion of the difficulties women face when once they leave their regular employment to marry or give birth. Several women mentioned to me that they would not have quit their first jobs had they known how difficult it would be to find another well-paying job in the future.

Yet they could not see how they could possibly balance the long hours and fast pace of their jobs with lives as wives and mothers, so they quit. These interviewees were uniformly well-educated and some were in upper-middle income brackets. Nevertheless, the women interviewed strongly desired to become re-employed, even at part-time menial jobs because they wanted to be out in and contributing to society, and staying home with the children was not sufficiently fulfilling.


In fact, two of the women I interviewed had at periods engaged as salespeople of yogurt drinks and put their infants in public daycare to do so, despite high household income. Their husbands were somewhat supportive of their desire to work, although they also worried about how this might affect the children. Most of the men did little of the childcare or household chores during the week, as their long hours on the job prohibited it, but they did quite a lot of weekend family work.

The men I spoke with noted they had no objections to their wives taking on equal financial responsibility for the household, but it was unrealistic to expect this since they had already quit their first jobs, and the husband himself could make a much higher income than the wife could ever hope to earn. They felt constrained against putting more time in on household work because their jobs were so demanding of them. One woman noted her husband did not like taking care of his children and was adept at it, but she insisted on it and after time passed, he become much better at handling them.

In other words, parenting is learned, not innate. Roberts Glenda S. See all articles by this author Search Google Scholar for this author. Article information.

Subscribe to this journal. Recommend to your library. Rent with DeepDyve. 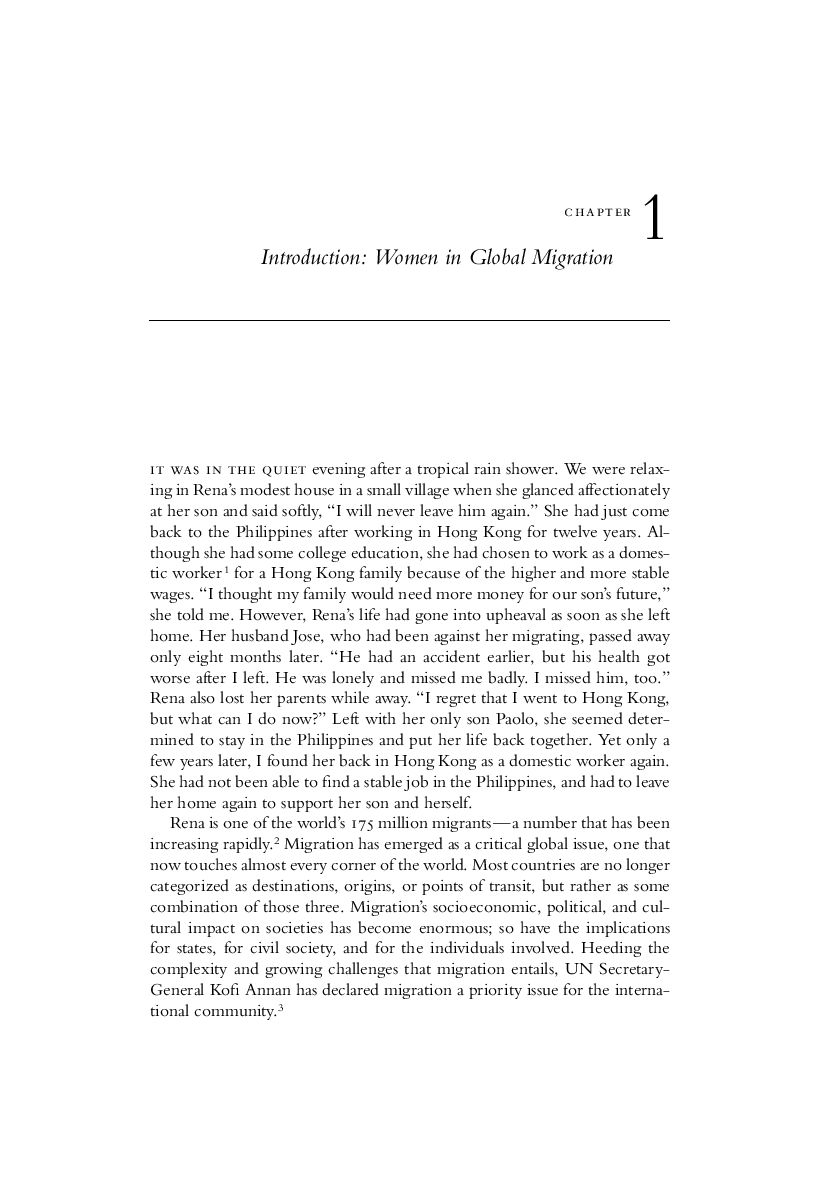 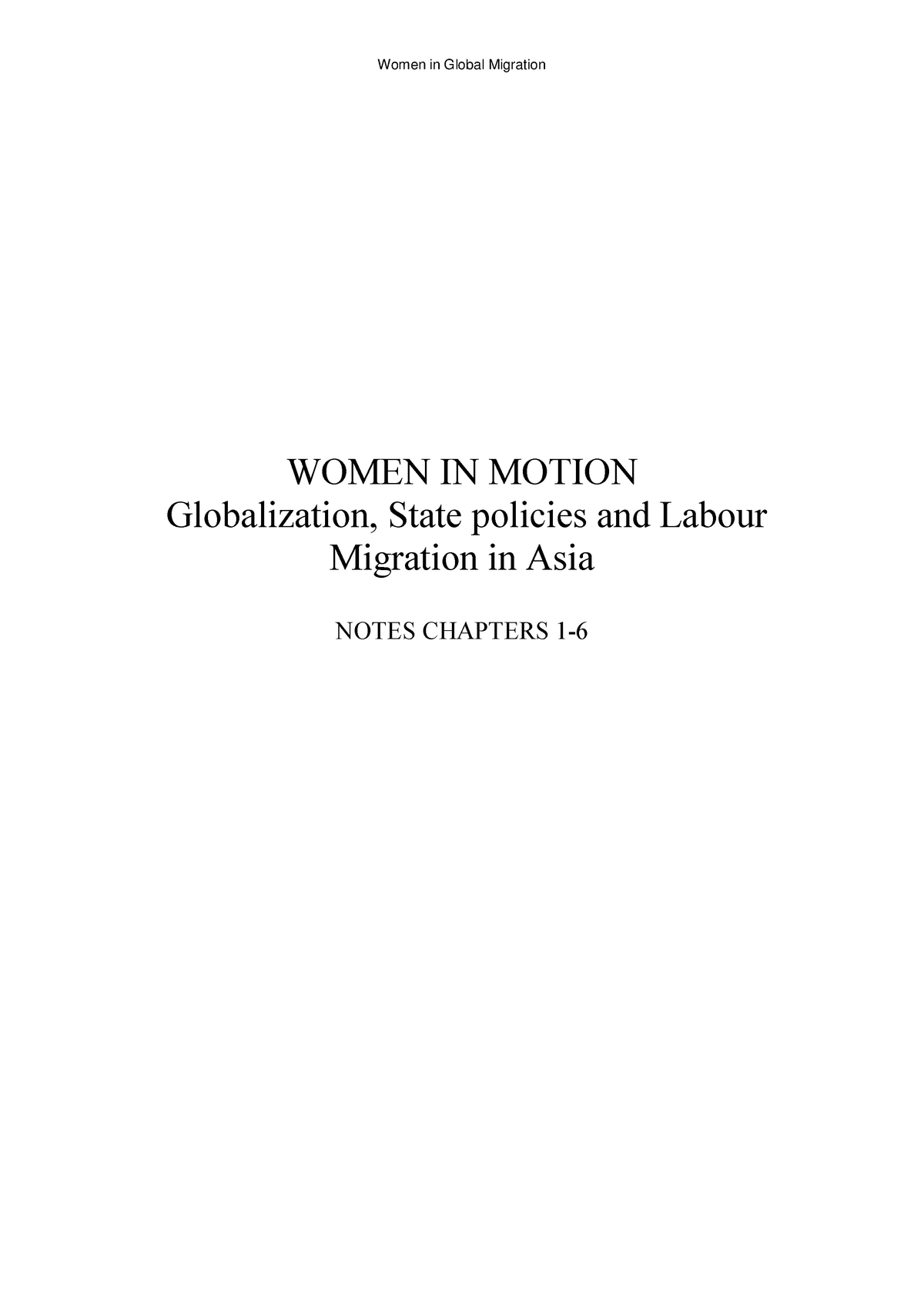 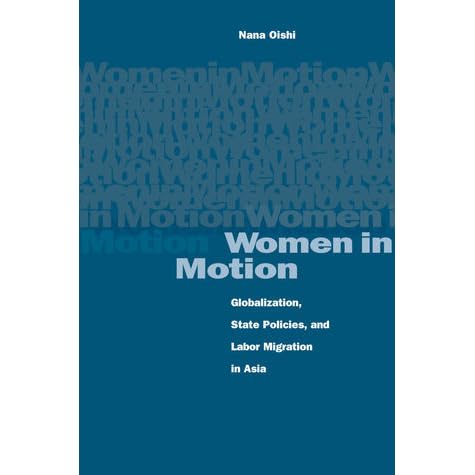 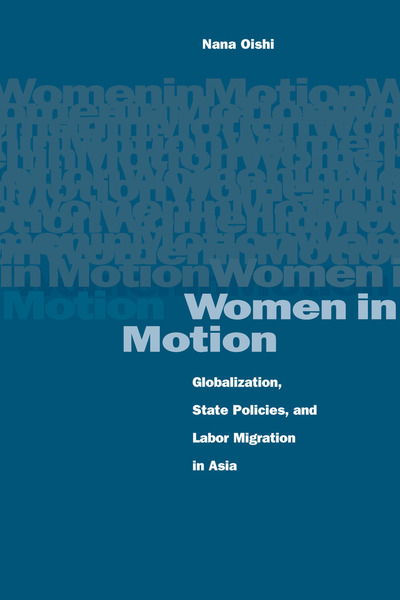